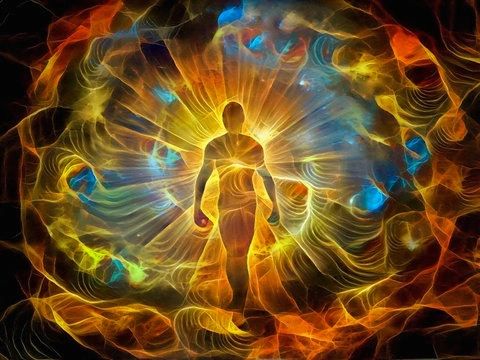 Welcome to the part of our site where you will hopefully find some useful, relevant and interesting general health and wellness information to support the treatments you receive from us.

** At Touchstone we are wholistic practioners  NOT medical doctors. Any information on this page is for  educational purposes only

What are Alternative or Complimentary Therapies

When describing these approaches, people often use “alternative” and “complementary” interchangeably, but the two terms refer to different concepts:

History of These Types of Therapies

These Therapies are NOT New

The terms 'alternative' and 'complementary' describes a wide diversity of therapies that attempt to use the self-healing powers of the body by amplifying natural recuperative processes to restore health. In ancient Greece the Hippocratic movement, commonly regarded as the fathers of medicine, actually gave rise to modern naturopathy and indeed much of today’s emphasis is placed on a good diet and healthy lifestyle to restore equilibrium; drugs were used more to support healing than to cure disease.

Complementary medicines have evolved through history and become formalized from primitive practices; although many were developed during the nineteenth century as alternatives to the sometimes harmful practices of the time, such as blood-lettings and purgation. In the western world, the medical divide between complementary and conventional medicine has been characterized by conflict, intolerance and prejudice on both sides and during the early twentieth century alternative therapies/medicine was virtually outlawed in many places: healers were seen as freaks and hypnotherapists were subject to repeated attempts at legal restriction. The alternative health movement is now accepted as part of modern life, having progressed from a grass-roots revival in the 1960s reacting against environmental degradation, unhealthy diets and rampant consumerism.

Until the arrival of the Romans in AD43, medical practices were limited to a basic use of plant materials, prayers and incantations. Having assimilated the writings of Hippocrates, the Romans brought with them a vast collection of herbal treatments and introduced the concept of the hospital as a centralized treatment centre. In Europe ,hydrotherapy (the use of water either internally or externally to maintain health and prevent disease) can be traced back to Roman baths and spas. Brought together with practices from the Far East and China introduced by traders using the Silk Road.

During the Catholic and Protestant witch-hunts from the fourteenth to the seventeenth centuries, the activities of traditional folk-healers were severely curtailed and knowledge was often lost as it existed only as an oral tradition. The widespread emigration from Europe to North America in the eighteenth and nineteenth centuries included both the knowledge of herbalism and some of the plants themselves. This was combined with Native American medicine and then re-imported to the rest of the western world (Europe) where it re-integrated with the surviving herbal traditions to evolve as today's herbalism.

The  natural law of  'like is cured by like' was recognized by Hippocrates but was only developed as a practical healing system in the early nineteenth century by a German, Dr Samuel Hahnemann. Homoeopathy was brought to the UK in the 1830s by a Dr Quinn  introducing it to the British aristocracy, whose patronage continues to this day. Despite arousing controversy in conventional medical circles, homoeopathy is available under the National Health Service, and in Scotland approximately 25% of GP s hold qualifications in homoeopathy or have undergone some Homoeopathic training.

Immigration from the Indian sub-continent in the 1850s brought practitioners of Ayurveda a sophisticated medical system dating back over 2,500 years, practitioners are known as hakims. Having its origins in the Ayurveda, Indian Naturopathy incorporates a variety of holistic practices and natural remedies and became increasingly popular after the arrival of the post-Second World War wave of Indian immigrants.

The immigration  of thousands of Chinese in the 1970s introduced Traditional Chinese Medicine – a system dating back to the Bronze Age or earlier that used Acupuncture, herbs, diet and exercise.

Complimentary and Alternative Therapy in Canada

How Common Is It?

Over 5 million Canadians have reported using some form of alternative or complementary health product in the past year.

In 2016, massage was the most common type of therapy that Canadians used over their lifetime with 44 percent having tried it, followed by chiropractic care (42%), yoga (27%), relaxation techniques (25%), and acupuncture (22%). Nationally, the most rapidly expanding therapies over the past two decades or so (rate of change between 1997 and 2016) were massage, yoga, acupuncture, chiropractic care, osteopathy, and naturopathy. High dose/mega vitamins, herbal therapies, and folk remedies appear to be in declining use over that same time period.

The survey results reveal regional variations in attitudes towards health care, which provides further support for devolution of health policy, both conventional and alternative, to provincial governments. For example, British Columbians, Albertans, and those in Saskatchewan and Manitoba were more likely to perceive value in CAM than residents of Quebec and the Atlantic provinces. Perceptions about the value of conventional medicine in treating health problems, support for various financing approaches for expansions in coverage, and support for private financing of CAM also varied across the provinces.

Complementary approaches can be classified by their primary therapeutic input (how the therapy is taken in or delivered), which may be:

What We Can Do to Help?

How Can Touchstone Help Me ?

It is our belief that if you feel well you will live well.

Wholistic Approach to Therapy  Frequently our treatments are a  hybrid/combination of more than one modality based on the individual and their current needs. As well we are willing to look at the sources of discomfort and pain beyond simply the focus of the treatment that you are currently getting. For example, is your pain/discomfort coming from muscle or bone?  Is it based in diet or stress?

If you currently using an complementary or alternative therapy that we do not offer and are finding it beneficial and you/or your therapists are willing to share their contact information please feel free to leave it with us at your next visit.

For more details on our treatments click the button below.

We are open for business by appointment only and are accepting new clients.   Touchstone has become very busy and getting in for an appointment can often mean delays of 2 weeks or more.  Consider getting yourself on a recurring booking schedule

Come visit us on Facebook and now on our brand new Instagram. Start following us any time

Don't Be Left Out in the Cold this Year for Valentine's Day!

Give a gift that says "I Love You" beyond February 14th--the gift of wellness.  Gift certificates can be purchased at our office (625B Turnberry St. Brussels) and customized for your loved one(s)